Buying a BoatWhat to look out for when buying a used boat
Selling a BoatHow to prepare your yacht for saleSelling a BoatAre Your Ad Descriptions Optimised?Owning a BoatWhat’s it like living on a narrowboat on the inland waterways?
Home / Sailing Boats / Norway 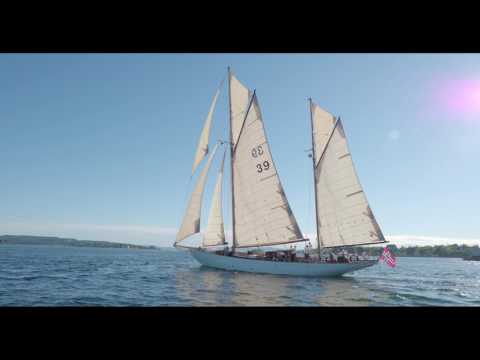 Eileen II represents some of the most beautiful in the sailboat world.


Eileen II represents some of the most beautiful in the sailboat world. She was designed and constructed by Alfred Mylne and built at the renowned Alexander Stephen & Son yard in Glasgow. She had her maiden voyage just after launch in 1934. With classic lines reminding us of a bygone age, there is no doubt that Eileen II is completely unique in both Norwegian and international context.

Eileen II combines all the features that make up a fantastic classic wooden sail. Beyond being the most beautiful lady on the sea, she offers plenty of space, comfort, speed and golden opportunities as a charter boat. The current owners have not spared anything in terms of maintenance and to keep her in such a state of merit deserves to be. All of the work is done with professional precision and accuracy to historical details by professional professionals. The current owner is a company that has had Eileen II in charter.


General
Displacement: 78 Tons
Other: Eileen II was first launched in 1934, originally named "Albyn. This is a period characterized as the end of the golden age in classical sailboat tradition, the time when the most beautiful classic wooden sails were built. At this time, Alexander Stephen & Son was international leading in the construction of these gracious crafts and no finer pedigree than a classic wooden sailor designed by Alfred Mylne, a son of the famous GL Watson, built at the yard of Alexander Stephen & Son.

Eileen II is 92 feet tall and measures 82 feet on deck if you do not count on the bow spit. She was originally equipped with an eight liter Gleniffer kerosene engine and later a Rolls Royce engine, these have recently been replaced by a modern engine.

She was commissioned for the Glasgow based tobacco magnate Robert French, a leading figure in the sailing sport environment of his time. Lloyd's 1936 Registry shows him not only as a member of the Royal Clyde Yacht Club, but also as a commander in both the Royal Cruising Club and the Royal Corinthian Yacht Club of Cowes. When the war broke out in 1939, she was resident in Solent but was fortunately rescued from the Nazi bombings and sailed to Dunkirk in connection with the 1940 evacuation.

In 1947, she was bought by the wife of the Italian publisher Mr. Feltrinelli and renamed "Gialese. She was then sailed to the Mediterranean and her physical home port became Porto Santo Stefano in Italy but retained Southampton as the port of registration. The Feltrinelli family retained" Gialesa "all the way Mrs. Feltrinelli died in 1983 after which the boat was put up for sale at Sotheby's auctions in London.

The highest bidder at the London auction became an industrialist with ownership interests in a well-known Italian shipyard. Having received the award at Eileen II, a new owner decided that she should undergo a comprehensive restoration work with the aim of returning her to as good a condition as she was original. During a period of 18 months, professional boat builders did a lengthy restoration work and they made repairs and repairs according to all the rules of art, nothing was spared.

After the restoration she was re-launched in the summer of 1986, perfectly restored to her original condition, and now named "Galashiel with Montrose (Scotland) as her home port. The name was chosen as a tribute to the Scottish region and the long boatbuilding traditions where she had been constructed. and built in 1934. At the Classic Yacht rally Imperia (Italy) in 1987, 'Galashiel received the award for best interpreter of historical tradition thanks to her well-maintained original interior and beautiful lines.

In the summer of 1993, Erling Storm decided to buy Eileen II and sailed her to Oslo where she has her home port today. At Risør Trebåtfestival August 7, the same year, she was given her current name Eileen II with the famous singer Arja Saijonmaa as godmother. Interior designers, furniture makers and many more have spent a lot of time and effort to finally get this lady to the condition she is today. Owner has been maintenance for years, which makes her appear just as beautiful today as the day she left the yard in Scotland for her maiden voyage in 1934.

Eileen II "is one of the most beautiful yachts in the world. There are only two or three classic sailboats in her size in Northern Europe, and she is completely unique in Norwegian waters. Having had the boat for 23 years, the current owner has decided for now it is time that Eileen II gets a new owner who will move her into this century as elegantly as she left the previous one.

Accommodation
Other: Eileen II is today charter traffic and she is currently registered as passenger ship with all approvals and papers recently updated in order and without notice. She is registered for up to 30 passengers and currently has a crew of 3 in connection with assignments. In the luxurious on-board lounge you can cover up to 14 people, she is fully furnished with two large coffee tables in stained oak, elegant fireplace and surroundings reminiscent of a bygone era when things were built to last. She has 5 cabins with a shipowner's cabin, a double cabin, a twin cabin cabin cages and a single cabin. She has 9 complete beds and an extra crew queue in the navigation room, so you can sleep up to 10 people on board. The galley is well equipped with all imaginable facilities. She is in very good condition and appears as the lovely piece of jewelry she is. She has continued her original steel buckets, these are manufactured using a very strong steel alloy that has protected well against both rust and wear. This is a boat that must be felt and experienced by the right and future owner. Future owner can take over the boat or the company that owns the boat at their own request.

Well equipped galley with all facilities