Buying a BoatWhat to look out for when buying a used boat
Selling a BoatHow to prepare your yacht for saleSelling a BoatAre Your Ad Descriptions Optimised?Owning a BoatWhat’s it like living on a narrowboat on the inland waterways?
Home / Motor Boats / Motor Yachts / Turkey 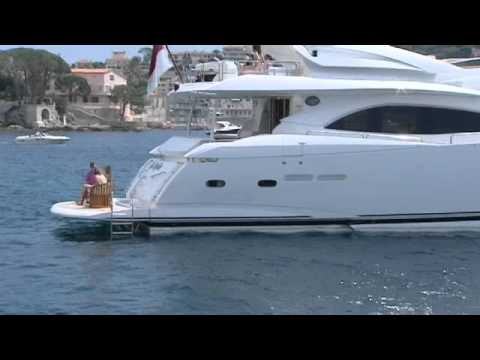 Styled in good sporting vein externally, this boat provides a powerful, versatile option for owners who might not only want fully crew-serviced operation but also for those who want the whole boat for family and friends. The very popular 90 Yacht is designed around a high performance hull which has unrivalled sea keeping qualities, and yet she is equipped with an ultra-modern stabilisation system which reduces roll motion effect and results in a smoother more enjoyable cruising experience underway. Performance is sporty at up to 30 soft-riding knots, and close quarter manoeuvring in marina or crowded anchorage is simplified with bow and stern thruster.